Share a memory
Obituary & Services
Tribute Wall
Read more about the life story of Douglas and share your memory.

Douglas LaVern Nyhus was born May 30, 1934, in Goodridge, MN. His parents were the late Clifford and Mabel Nyhus. The family resided in various places before settling in Wadena, Minnesota.

Doug graduated from Wadena High School with the class of 1953. Doug was an excellent Majorette in the High School Band. After high school Doug entered the United States Air Force and served for 4 years.

Douglas was united in marriage with Charlene Jacobson on September 10, 1960 at Trinity Lutheran Church in New York Mills.  They resided in Coon Rapids for a number of years and returned to live in Wadena where Doug was employed with J.C. Penny for 15 years and then was a traveling salesman covering much of Minnesota selling wholesale clothing Buster Brown, Hanen and other merchandise.

Doug was very active volunteering in various organizations, especially Wadena Chamber of Commerce. Doug and Charlene judged many local beauty pageants throughout the state of Minnesota.

Doug and Charlene were blessed with two sons, Mark and Kent. Doug was very proud of his two granddaughters who are attending college. Doug was a very sociable person, who loved going to rummage sales. His hobby was collecting glassware and teaching others about glassware. In later years they enjoyed their home on Rush Lake. They also spent 9 winters in Tucson, Arizona which he enjoyed.

Douglas Nyhus died November 23, 2022 at Alomere Hospital in Alexandria, Minnesota at 88 years of age.  He will be dearly missed by his family and friends.  Doug was preceded in death by his parents and brother Donald Nyhus and his wife Valerie, nephew Timothy Nyhus and Richard Stueve, niece Tammy Nyhus, brother-in-law Robert Thompson, Eldon Stueve and Fred Foster.

Doug is survived by his wife of 62 years, Charlene; sons: Mark and wife Jill and Kent and wife Sena, and granddaughter Kara and Carly, sister Bonnie Thompson, brother Duane Nyhus and his wife Sue, many nieces and nephews, sister in laws Marlene Stueve and Lois Foster and a host of friends.

To send flowers to the family or plant a tree in memory of Douglas Nyhus, please visit our floral store. 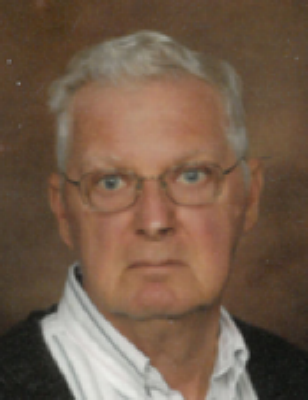