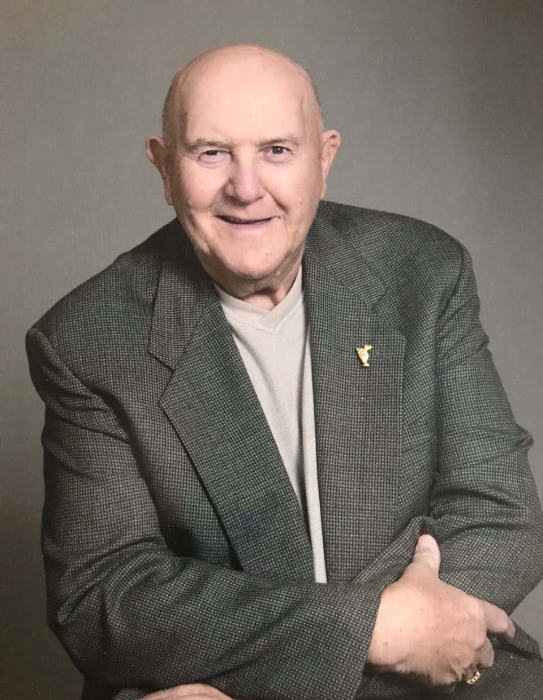 Clarence Bessler, beloved husband, and father passed away on March 28, 2021 at St. Williams Living Center in Parkers Prairie, MN at the age of 86. A Celebration of Life in Lake George is planned for later this summer.

Clarence was born on May 30, 1934 in Lake George, MN to Carl and Agnes (Johannsen) Bessler. He graduated from Laporte High School and moved to Minneapolis and went to work for Honeywell. In 1957 Clarence enlisted in the United States Army and was proud to serve his country; he returned to work at Honeywell when his service ended. Clarence met the love of his life, Sylvia, in fall of 1957 and they were married on July 11, 1959; they were thrilled to welcome daughter Lisa to the family in 1960, and sons Andrew and Jonathan in 1966 and 1969.

In 1970 Clarence and Sylvia moved their family to Lake George and built a home across the road from where Clarence grew up. Clarence worked a variety of jobs and took classes at Bemidji State University; he did an internship at Job Service in Bemidji where he continued to work until he retired. Following his retirement Clarence stayed busy being a volunteer driver and drove for Hubbard, Wadena, and Ottertail Counties for many years.

Clarence was a kind and gentle man who loved his family, relatives, and friends. It was important to him to visit with family and friends and be there for them during difficult times. He loved the hunter’s dinners in Lake George during deer season and the late-night poker games that followed. He enjoyed attending auctions and rummage sales and always managed to find “treasures” to bring home. Clarence loved to play cards and taught all his children and son-in-law Brad how to play cribbage; there were always fierce cribbage competitions when they got together.

The family wishes to thank the staff at St. Williams Living Center in Parkers Prairie for the care and compassion they gave Clarence and his family as his health declined.

Plant a tree in memory of Clarence by clicking here.
To send flowers to Clarence's family, please visit our floral store.

Services will be held at a later date

Plant a tree in memory of Clarence
An environmentally-friendly option

Plant a tree in memory of Clarence

3 trees planted in memory of Clarence

On behalf of all the members of the Wadena Knights of Columbus, our condolences go out to Sylvia, their children and grandchildren.

So sorry to hear of your loss of Clarence.  He was such a kind and thoughtful person.  I worked with Clarence at Job Service and will never forget him.  May God wrap his loving arms around your family during this difficult time, and praying you will find peace and comfort in your memories.  Michelle P.

I love you, grandpa.
Amy Bessler

A Memorial Tree was ordered in memory of Clarence Bessler by Amy Bessler.  Plant a Tree

Sylvia, So sorry to hear of Clarences passing. Pray that you are doing well . I miss seeing you and remember your husbands kindness to many!

I met Clarence and Sylvia at Humphrey Manor in Wadena. They soon became very familiar faces to me. Clarence was a fun loving man who loved to tease and joke. I missed them both when they moved to Parkers Prairie. My sincere sympathies to Sylvia and the family. May you find peace in God's loving care.

Plant a tree in memory of Clarence